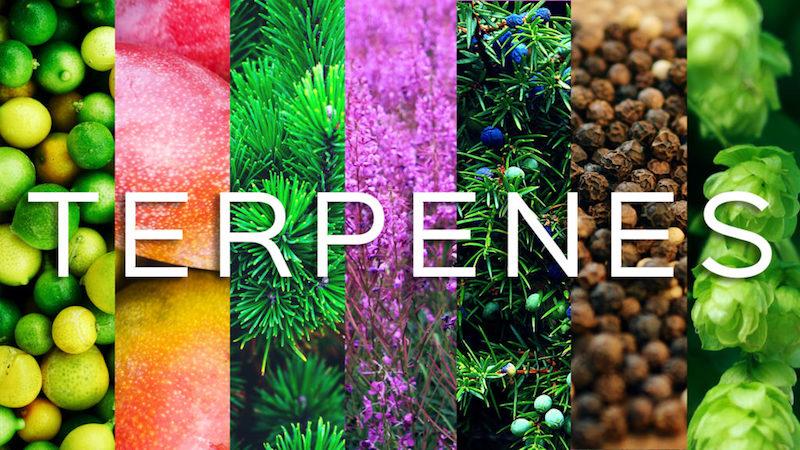 Terpenes and terpenoids are the compounds in cannabis that give the plants and flowers their aromatic diversity and distinct flavors. They are essential oils secreted in the flower’s sticky resin glands, where cannabinoids like cannabidiol (CBD) and tetrahydrocannabinol (THC) are also produced.

Terpenes and terpenoids are often used interchangeably. Though the two are closely related, they are not one and the same. The difference between the two is that terpenes are organic hydrocarbons, while terpenoids contain additional atoms that have been altered during a process called oxidation, which occurs once cannabis has been dried and cured. To simplify, think of terpenes as “wet” and terpenoids as “dried out.”

There are over 20,000 characterized terpenes in the plant kingdom, including monoterpenes, diterpenes, sesquiterpenes, tetraterpenes, and more, and their primary function is to protect plants. Every plant that we can smell is omitting aromatic active essential oils or terpenes. And there have been hundreds of terpenes identified throughout the various cannabis subspecies. While cannabinoids have traditionally received the most attention, the role terpenes play in the healing process has been growing in importance in recent years.

Cannabis shares many dominant terpenes with other common plants. Cannabis cultivars (strain) names often reference other plants or fruits like lemons, tangerines, blueberries, strawberries, and many more. Grapefruit Haze, Tangerine Dream, and Lemon Skunk smell incredibly similar to the fruits they are named after, from the shared chemical compounds that make those aroma characteristics. The limonene, pinene, and other terpenes found in lemon, are also found in many narrow-leaf cannabis types with very citrusy aromatics.

What do they do?

Terpenes are not just plant protectors and sources for perfumes, they are also medicinally useful and have shown to provide the following benefits, in both animal and human studies: analgesic, antibacterial, anti-carcinogenic, bronchodilator, anticonvulsant, antifungal, anti-anxiety, and many more.

Terpenes are responsible for many physiological effects associated with the cannabis plant. For instance, caryophyllene is the only known terpene that can bind to cannabinoid receptors, specifically CB2 receptors. A 2017 study found that CB2 receptors play a role in dopamine production in mice. This may be why caryophyllene could be a viable treatment for anxiety and stress. The activation of CB2 receptors by caryophyllene may also reduce pain and inflammation. 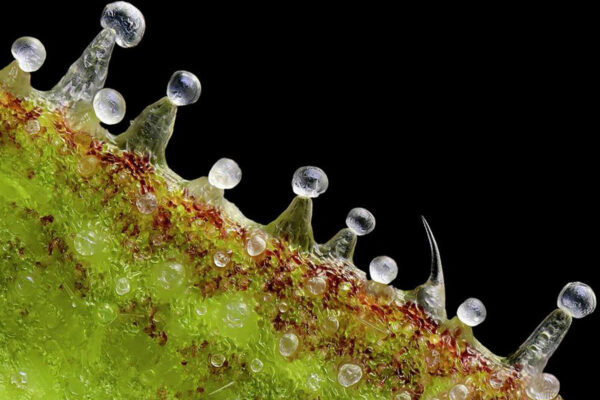 Different cannabis terpenes may affect your mood, your physical state and sense of relief. Have you ever experienced the uplifting effect of citrus? This is because of a terpene called limonene that is known to have stress reducing properties. If you’ve ever used lavender essential oil at night to help you relax and drift off to sleep, you’re already familiar with the sedative properties of linalool. The more you experiment with different strains and terpene profiles, the more you will learn what works best for your symptoms.

The FDA and other agencies have generally recognized terpenes as “safe.” Terpenes act on receptors and neurotransmitters:

When THC and caryophyllene bind to the receptors in your brain, it stimulates a variety of effects. It also affects the chemical output of neurotransmitters, including serotonin and dopamine. Some of the benefits discovered by researchers Raphael Mechoulam and Shimon Ben-Shabat, so far, include aiding with sleep, pain relief, and anti-inflammatory properties. There is scientific evidence to suggest that terpenes work well with other cannabinoids like THC and CBD to boost their advantageous properties in what is known as the “Entourage Effect.” Many researchers theorize that these compounds are not as effective when isolated by themselves.

Medical cannabis cultivars can vary greatly from one source to another and even from one harvest to another. Those with relatively high concentrations of specific terpenes are easier to identify by their smell than other cultivars. Most agree that varieties that smell of musk or clove deliver sedative, relaxing effects (high level of the terpene myrcene); piney smells help promote mental alertness and memory retention (high level of the terpene pinene); and lemony aromas are favored for general uplift in mood and attitude (high level of limonene).

Terpenes are an integral aspect of cannabis as a plant and medicine. From potential anti-inflammatory effects to chronic pain relief, the world of cannabis terpenes may offer medical marijuana patients an impressive variety of therapeutic properties. These compounds define the flavor and aroma of our favorite plant but may also alter the high we experience from cannabis. Learn how to use terpenes to your benefit by experimenting with different strains and terpene profiles.

This was part one of a series on terpenes. Next I will be discussing Caryophyllene.