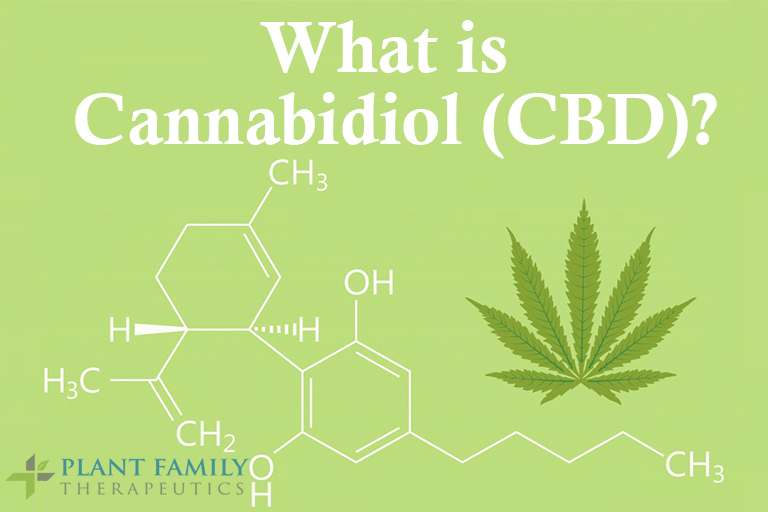 What is Cannabidiol (CBD)?

Cannabidiol (CBD) is a natural compound present in the resinous cannabis flower, a plant with a rich history as a medicine dating back thousands of years. Today, the therapeutic effects of CBD are being tested and validated by scientists and physicians around the world. A healthy, safe, and non-addictive medication, CBD is one of more than one hundred “phytocannabinoids” that are specific to cannabis and gives the plant its strong therapeutic profile.

Cannabidiol (CBD) is one of the better known and extensively researched phytocannabinoids. Acting as a mediator for the effects of THC, it is widely believed that it is not psychoactive in nature. However, studies have shown that CBD has a calming effect. This may partly explain why cannabis strains with high levels of CBD are known to be relaxed and calm rather than ‘high’.

If you follow the latest advances in dietary supplements for health and well-being, even if you have never seen a cannabis plant, you may have heard of CBD products. Increasing and convincing evidence shows that adding CBD nutritional supplements to the diet can alleviate and prevent many diseases.

Chemical properties of the cannabidiol molecule

CBD has the same chemical formula and molecular weight as THC (C21H30O2, 314.46 g / mol), although the molecular structure is slightly different. Like THC and most other lipids, CBD is hydrophobic and lipophilic, meaning it does not dissolve or emulsify easily in water, but dissolves in fat (as well as in most organic solvents such as butane and alcohol). An interesting feature of this molecule is its very low toxicity, and thus has very few adverse side effects: In the worst case, too high of a dose may cause sedative sensation (sleepiness). 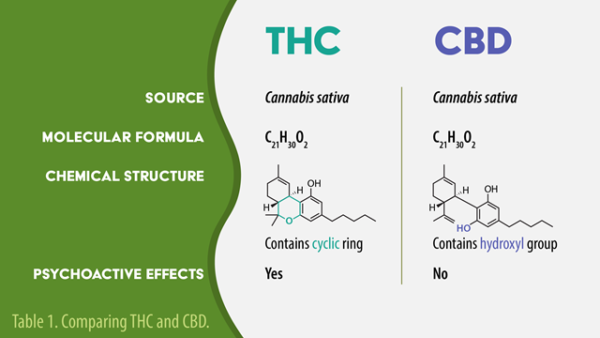 Cannabidiol in the endocannabinoid system

While it is widely believed that it has a very low affinity for cannabinoid receptors (CB1 and CB2), CBD has been shown to act as an inverse agonist for the CB2 receptor in at least one study. An inverse agonist is a receptor ligand that produces an inverse response to an agonist. While THC increases the level of receptor activity above the intrinsic level found in the absence of any ligand, CBD lowers levels below this baseline. On the other hand, the antagonist binds to the receptor and remains inactive, blocking the action of nearby agonists.

CBD may influence the speculative novel cannabinoid receptor GPR55. This receptor has been shown to respond to both CBD and THC, as well as the endocannabinoids 2-Arachidonoylglycerol (2-AG) and anandamide.

It is also believed that while CBD has little direct affinity for cannabinoid receptors, it may have a variety of indirect effects. For example, CBD inhibits the degradation of endocannabinoid anandamide by inhibiting the enzyme responsible for its breakdown. This increases the endogenous levels and biological activity of anandamide. CBD can also act on receptors that are not part of the endocannabinoid system but work in conjunction with it. 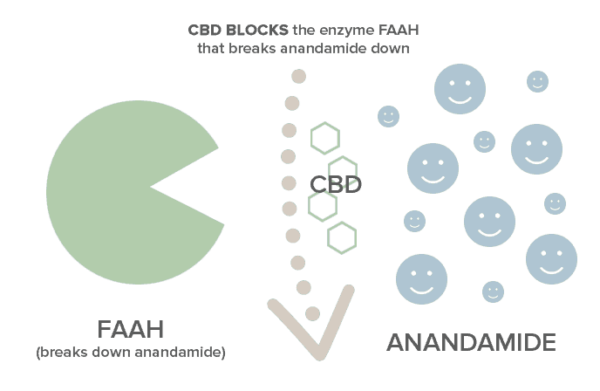 CBD is a full but weak agonist of the transient potential of the vanilloid type 1 receptor (TRPV1) that plays an important role in response to heat and noxious stimuli. TRPV1 is a nociceptor: when there is sufficient receptor stimulation, signals are sent to the brain, triggering a set of automatic responses, including a sensation of pain.

Various cannabinoids, including the endocannabinoid anandamide and N-arachidonic acid dopamine (a CB1 receptor agonist) affect the TRPV1 receptor. In contrast, several vanilloids affect cannabinoid receptors, including ovani and pseudocapsaicin, but not capsaicin itself. The chemical similarity between many vanillin drugs and cannabinoids has led researchers to conclude that vanillin cannabinoids (substances that mimic cannabinoids) have great therapeutic potential.

CBD has also been shown to act as a 5-HT1a receptor agonist. This receptor regulates the expression of serotonin (5-HT) in the central nervous system and may explain many of the properties of CBD to relieve anxiety and depression. In addition, CBD’s modulation of Mu and Delta opioid receptors involved in analgesia and euphoria may increase the overall effect of cannabis users.

Cannabidiol and its medicinal potential

CBD has been described as having even more medical importance than THC. It is not psychoactive and can therefore be safely used without fear of poisoning. Besides, it has many known beneficial properties, and no doubt much has yet been discovered.

CBD has analgesic, antidepressant and anti-anxiety (anxiolytic) effects, and its neuroprotective properties are also being explored. In neuroprotection, protecting the structures of the brain and central nervous system from damage (in the case of degenerative diseases such as Parkinson’s disease, including further damage) is an increasingly important medical field.

Perhaps the most exciting thing is that CBD has shown an inhibitory effect on cancer cell proliferation. It is believed that the effect of CBD on CB2- and TRPV1-receptors may be through inducing oxidative stress. Systemic biological functions produce reactive oxygen species (ROS), such as peroxides, oxygen ions and free radicals, which must usually be detoxified to reduce damage to cells.

The most studied medical use of cannabidiol is in the treatment of epilepsy. The case of Charlotte Figi, whose parents had successfully used medicinal marijuana to reduce seizures due to Dravet syndrome, led to the development of the Charlotte’s Web cannabis strain.

As more and more children receive treatments with low THC and high CBD varieties, scientists have begun to study the therapeutic effects of CBD on seizures and withdrawal. The ability of CBD to treat epilepsy has been studied in a number of high-quality, placebo-controlled adjuvant treatment trials. It is one of the only medical applications of CBD, and there is conclusive evidence to prove its effectiveness in medicine. Research on all other aspects continues.