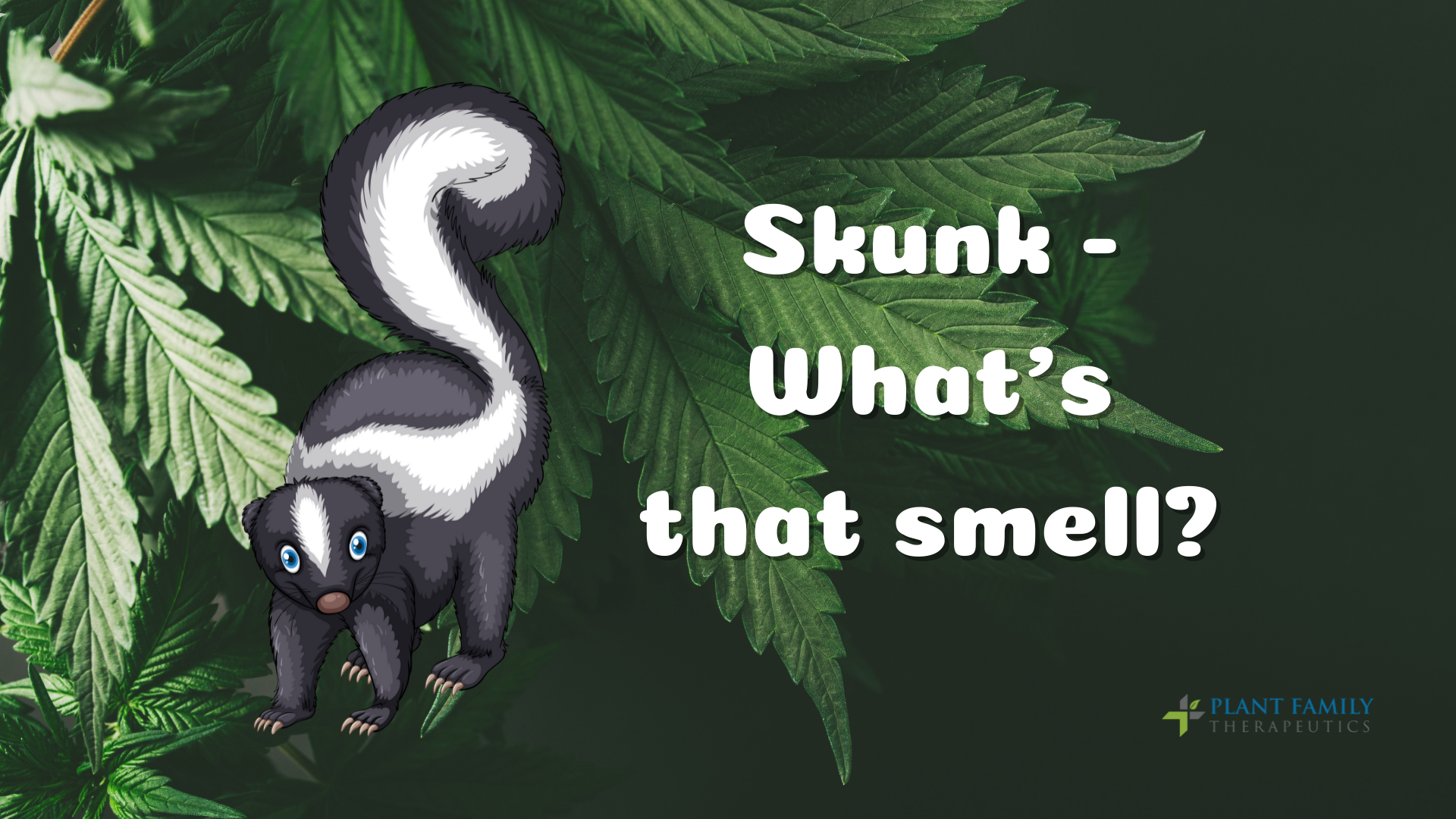 In the cannabis industry, the aroma of this amazing herb is revered in the same way as a wine connoisseur admires wine. Cannoisseur or cannabis enthusiasts search for specific fragrances known for their unique effects.

Generally, the different aromas of cannabis can be described as earthy, herbal, woody, spicy, floral, gassy diesel, and skunky. Now a skunk is not something anyone wants to encounter, but for a cannoisseur, skunk is definitely a well-known and sought-after smell. But where does it’s smell come from?

Scientists have been exploring the different compounds of cannabis and found several cannabinoids such as THC and CBD that hold considerable benefits for healing the human body. Along with cannabinoids, researchers are studying the plant’s terpenes, which play a crucial role in protecting the plant and are thought to be responsible for its unique smell.

The unique aroma of cannabis is formulated from a combination of terpenes. For instance, the famous OG Kush indica strain gets its strong, pungent, and fuel-like fragrance from myrcene and caryophyllene, while the legendary sativa strain Jack Herer, contributes its aroma to terpinolene and limonene, creating a woody citrus aroma.

So, back to the question, where does the skunk smell come from? Until recently, we didn’t even know which one or which combination of the hundreds of terpenes found in cannabis gives the flower its iconic skunky smell until now. In 2021 a study took a look beyond the terpenes and found a new class of compounds contributing to the smell of cannabis, including its skunky aroma.

This new class of volatile sulfur compounds (VSCs) was found to be the reason behind the skunky aroma. The team was specifically looking at VSCs because the compounds are also found in skunk spray and other smelly plants like hops and garlic. The team discovered that the VSCs essentially contained organic compounds that housed sulfur called 3-methyl-2-butene-1-thiol, or 321MBT. The researchers explain that these VSCs have also been linked to the aroma and favors in the Allium plant genus, such as chives, onions, cabbage, Brussels sprouts, etc. Those found in cannabis are closest to the composition found in Allium sativum or garlic.

The findings ultimately uncovered numerous novel VSCs associated with the iconic smell of cannabis. The compounds, known as VSC3 through VSC7, all show a similar structural organization to garlic VSCs. VSC3 stayed consistently linked to the skunk smell right across all the different breeds. But that doesn’t necessarily mean VSC3 is the only one that gives a sulfury smell.

The role of these compounds in an odor is complicated and depends on what other VSCs are present. It was also suggested that this chemical composition of the VSCs may explain the many health benefits, including anticarcinogenic properties and cardiovascular health associated with garlic, and thus warrants further investigation.

So, there it is, thanks to research we now have the answer to the age-old question, what’s that smell?