Methods of Administration: Which Route is Best For You?

There are a number of different methods that patients can use to consume cannabis and the benefits that they derive from are influenced by each method of administration. Each method provides a unique experience and set of effects. Cannabis enters the body by the following distinct routes:

Smoking – Smoking is the most common route of administration. This route provides immediate relief and is especially effective for patients treating nausea or those who cannot ingest other forms of medication. A common method of using cannabis is to roll it into a cigarette (or joint) using rolling papers and then smoking it. It can also be smoked in a pipe or a bong (a filtration device that uses water). Some smoke cannabis in bubblers, which are mini bongs. And, of course, one of the oldest methods of smoking cannabis is with a hookah. However, cannabis users are known for their creativity and ingenuity, especially when they run out of rolling papers. They can fashion smoking devices out of soda bottles or cans, corn cobs, and even pieces of fruit. 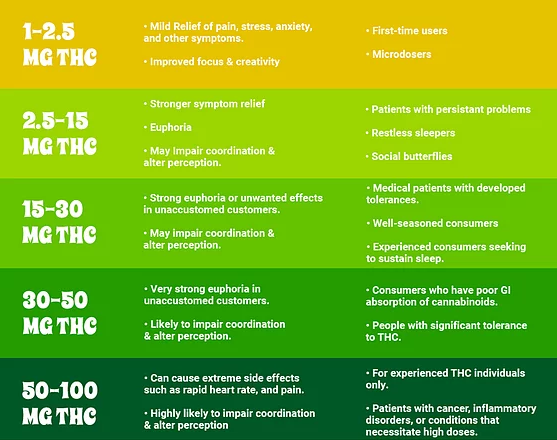 Cannabis can enter the body through the lungs by inhalation of vaporized or smoked plant material. There is passive diffusion into the capillaries with onset in seconds to minutes, achieving maximal effect after 15 minutes and lasting around 2 hours. Some patients report that inhaling smoke from raw cannabis flower can produce a therapeutic effect that is richer and more complex than that achieved with other forms of administration. 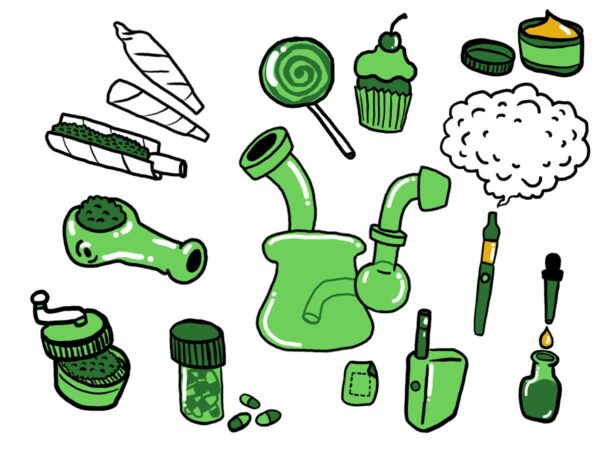 Smoking anything, be it tobacco or cannabis, is inarguably dangerous to your health. When you smoke, you inhale very hot pieces of debris that irritate the sensitive tissue in your lungs, which is why heavy cannabis smokers are more likely than nonsmokers to have respiratory issues like chronic bronchitis. Smoking can also cause chemical reactions that lead you to inhale potentially toxic compounds, some of which are linked to cancer.

Vaporizing – In contrast, vaporizers don’t burn anything. They heat the cannabis material until it is hot enough to create an aerosol, but not so hot that they combust. Compared to the hot, harsh smoke produced, the active ingredients can be inhaled as a vapor rather than a harmful smoke, and it feels a lot easier on the lungs. One small study, for example, found that cannabis users with breathing problems were able to recover some of their lung function after making the switch to vaping.

Some patients are reluctant to smoke cannabis for fear of side effects commonly attributed to tobacco use. Cannabis smoke contains some of the same carcinogens as tobacco smoke. But cannabis smoke also contains large amounts of cannabinoids that demonstrate anti-cancer properties. Nicotine promotes the development of cancer cells whereas, cannabinoids may lessen the carcinogenic effects of smoke by inhibiting the production of potentially carcinogenic free radicals that accelerate the progression of cancer. In a recent study, low-strength evidence suggests that sustained cannabis use may increase the risk for a particular type of cancer, testicular germ cell tumors (TGCT). Overall, the association between cannabis use and development of cancer is not clear, and further long-term testing is necessary. 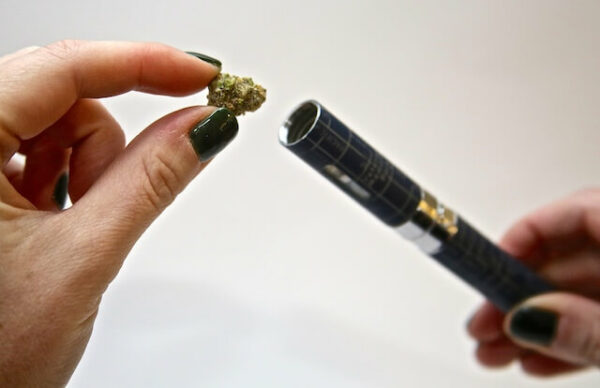 Cartridges – When you vape a cartridge, it may not be the only thing you’re inhaling. Vape fluids may use a wide range of ingredients to suspend the material and to add flavor. Both of which can irritate the delicate tissues of the lungs. Added flavors have become popular with e-cigarettes, especially among teens and young adults, and they’re also sometimes added to vaping products with cannabis compounds. Some of the chemicals used to flavor vape fluids like diacetyl have been linked to serious lung issues when inhaled. Part of the problem with vaping cartridges is that they haven’t been as tightly regulated as other products. Ingredients lists aren’t always complete, and people sometimes don’t know what’s inside the vaping fluids. Because there’s so much variation among vaping products, it’s difficult to say exactly what is in a pod or device

For its part, the U.S. Food and Drug Administration has started to rein in vaping companies by sending warning letters to manufacturers who market their products using false or misleading claims about their contents. Even so, vape pen users can still purchase bootleg versions of products online or even make their own at home — neither of which are guaranteed to be tested for safety.

Ingestion – Smoked cannabis is processed through the lungs. As it filtrates from the lungs into the bloodstream, it reaches the brain and Endocannabinoid System almost immediately. When you digest cannabis edibles, the digestive system breaks it down. The intestinal lining absorbs the THC and sends it to the liver for processing THC into 11-Hydroxy-THC, a high potency THC. It is important to know the digestion/liver process takes more time than the lung process and that cannabis edibles take longer to deliver their effects.

When cannabis edibles are tasty, it’s tempting to have more than just one, especially when they are little gummy bears. Why not pop a handful at once? The fact is that you will suffer from taking too much too soon. You can easily overdose on edibles if you lack the discipline. It could take 30 minutes to two hours for cannabis edibles to kick in, so you must plan on the process. Some factors need to be considered, like body fat percentage and metabolic rate, diet, digestive issues, alcohol, and other drugs, both over-the-counter, herbal, and prescribed medications.

Some lack the 11-Hydroxy-THC enzyme to convert THC so, no matter how much a person consumes, they will not feel the effects. For those who do, tinctures are a recommended choice.

Can You Overdose On Cannabis Edibles?

It is impossible to fatally overdose on cannabis, even when ingesting. However, it is entirely possible to have an uncomfortable experience with edible cannabis. An “overdose” on edibles will not cause you serious harm, though it might make for several hours of discomfort. Some of the negative side effects of high-dose edible cannabis products include:

If you do experience too high of a dose, don’t panic. The only thing you can do is wait it out. There are however a few tips you might try to counteract a high that is too intense:

Again, in case of a cannabis edible overdose, no need to panic. You will feel uncomfortable for a while, but the cannabis in your system will not harm you.

Tinctures – Tinctures are made with high percentage alcohol (but can be made with glycerin or oil) and come in glass bottles with droppers. As a result, the cannabis tincture is one of the best methods of consumption for precise dosing. A tincture can vary in effect depending on if it is used sublingually, orally, or used to infuse just about any dish you want. Sublingual is usually the fastest acting, but all tinctures are faster acting than your typical edible.

Cannabis-infused tinctures boast an array of distinct advantages, many of which have made them one of the more popular ways to enjoy cannabis. Depending on your lifestyle, personal preferences, and needs, you may find that one or more of the benefits of cannabis tinctures appeals to you: discretion, convenience, precise dosing, a smoke-free alternative, fewer calories than edibles, and faster onset.

Creams/Lotions – Administering cannabis topically can be a great option for targeted relief to specific areas of the body, such as achy joints, stiff or sore muscles, and others. Typically, it comes in the form of creams, lotions, and salves even soaps and shampoos are available. Via this method, cannabinoids never enter the bloodstream. Instead, they are absorbed by the skin directly and begin interacting with cannabinoid receptors in the area.

Patches – A patch is a thin piece of plastic coated with adhesive (like a Band-aid) and infused with a specific cannabinoid or a combination of cannabinoids. Because of the way they work, patches can offer all-day or all-night relief to those suffering from chronic issues like pain and anxiety. To get this relief, you simply apply the patch to a venous part of your body, like your ankle, your arm, or the inside of your wrist. Your body heat activates the patch and causes it to release a steady stream of medication through your skin and into your bloodstream. Patches provide a whole host of benefits over other methods of cannabis consumption. Here are a few of the notable – whole body relief, specific cannabinoid combinations options, dose accuracy, and discretion.

Deciding on the right route of administration and dose is key, cannabis dosage must be individually determined. Several factors come into play, including one’s overall health and endocannabinoid tone, which are influenced by diet, exercise, sleep patterns, day-to-day stress, and genetics. Cannabis is best used as part of a healthy lifestyle.

Just like all medications, when administered and taken correctly, cannabis is a safe and effective medication. Whether you’re new to cannabis medicine or if you’re seeking to improve your therapeutic routine, remember this advice “Start low, go slow.”

If you would like to learn more, call for an appointment or stop by Plant Family Therapeutics for a free professional medical cannabis consult.