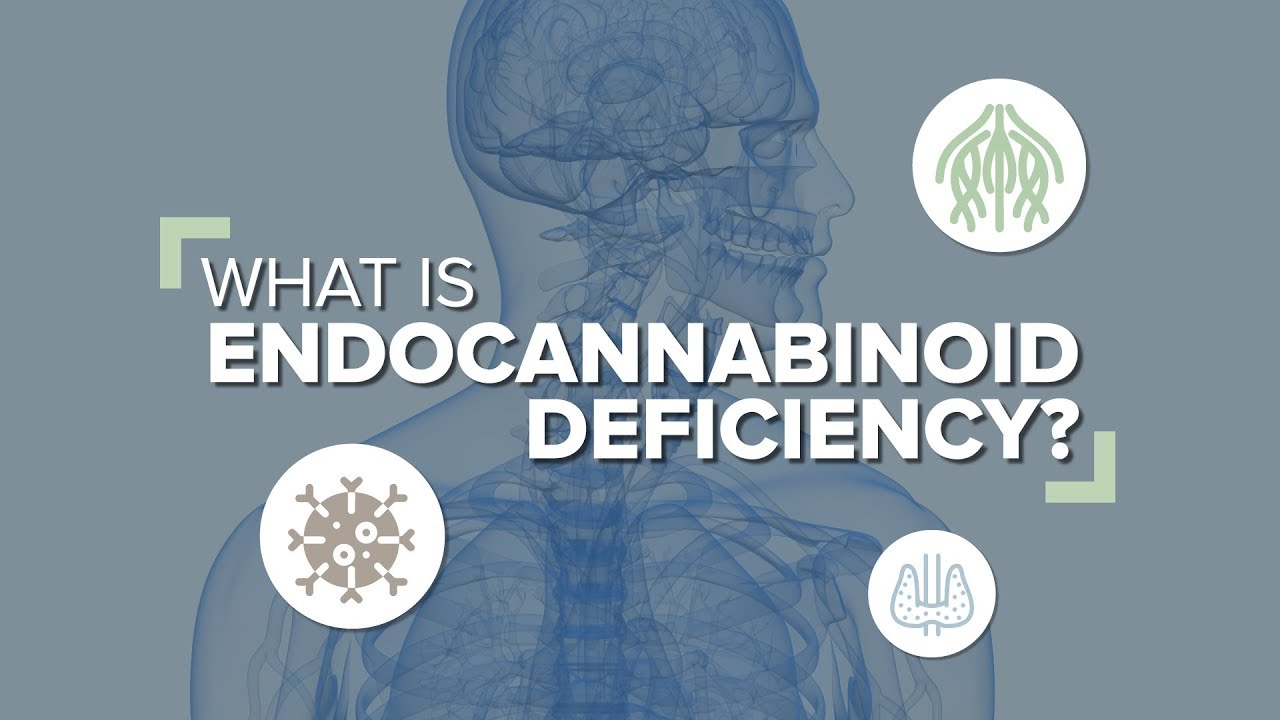 Clinical Endocannabinoid Deficiency is believed to be a lack of endocannabinoids produced by the body. Since internal homeostasis is maintained by the endocannabinoid system, when a person is deficient in endocannabinoids, his or her body falls out of balance. Pain, inflammation, metabolic problems, disrupted appetite and sleep are often the result and at the root of many illnesses and diseases.

Before you can understand what CECD is, you may want to start with the Endocannabinoid System (ECS). The ECS is found in all humans and mammals. It drives mood, memory and so much more. The ECS is a global network using -so far that we know of- two endocannabinoid receptors known as CB1 and CB2.

CB1 receptors are primarily located on nerve cells in the brain, spinal cord, but they are also found in some peripheral organs and tissues such as the spleen, white blood cells, endocrine glands and part of the reproductive, gastrointestinal and urinary tracts. In the brain, the CB1 receptors are abundant in the cerebellum, basil ganglia, hippocampus and dorsal primary affair and spinal cord regions. Their activation is associated with cerebral and behavioral effects, and play a direct role in memory and cognition, emotion, motor control, appetite stimulation, and perception of pain.

CB2 receptors are located mostly in the peripheral nervous system and are especially associated with the immune system and inflammation response. Because they are concentrated in our body’s periphery, their stimulation does not result in the euphoria or intoxication generally felt with activation of CB1. Activating the CB2 can relax the body, help it repair itself and reduce the sensation of pain without impairing cognition. The CB2 receptor is of particular interest in research targeting pain management (acute, chronic, and neuropathic) and numerous inflammatory conditions and diseases.

The list of disorders and conditions treated by cannabis is steadily growing. Whether cannabinoids are providing relief from migraines, fibromyalgia, or irritable bowel syndrome (IBS), the mechanism involved is essentially the same; success is often attributed to activation of the body’s cannabinoid receptors.

Similarities between a wide variety of conditions, each shown to respond well to cannabinoid treatments, brings about an interesting question. Is it possible that a “cannabinoid deficiency” could be the underlying cause of these ailments? Several researchers believe that just may be the case. 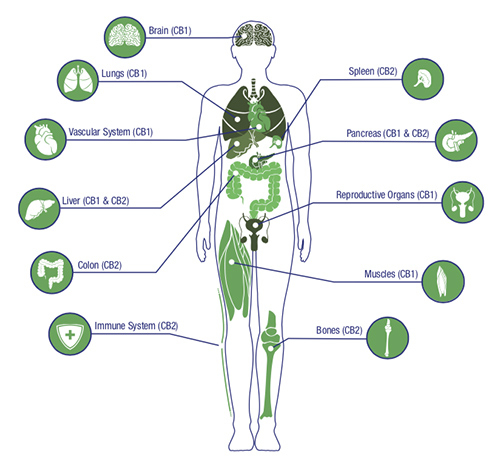 Dr. Ethan Russo is the Senior Medical Advisor at GW Pharmaceuticals, the company responsible for Sativex and Epidiolex. One of his most notable contributions to the cannabis knowledge bank can be found in his study “Taming THC,” in which he discussed the synergistic effect of terpenes in cannabis.

“Deficient cannabinoid levels may be the underlying cause of numerous conditions alleviated by cannabis.”– Ethan Russo

In 2004 Dr. Russo proposed the idea of clinical endocannabinoid deficiency (CECD) in a study published in Neuroendocrinology letters. Dr. Russo suggested that deficient cannabinoid levels may be the underlying cause of numerous conditions alleviated by cannabis.

Dr. Russo’s 2016 article Clinical Endocannabinoid Deficiency Reconsidered, visited these issues after substantial evidence for the theory was recorded. Dr. Russo and others recorded evidence that supports the possibility of CECD leading to a variety of health issues. Studies have shown for example that those with fibromyalgia and migraines have statistically significant differences in anandamide levels (a cannabinoid that is produced in the body) in their cerebrospinal fluid. Decreased endocannabinoid function was also recorded among those with PTSD.

Beyond this, clinical data has shown that cannabinoid treatment and lifestyle changes that promote the health of the endocannabinoid system are associated with reduced pain, better sleep and other health benefits.

“If endocannabinoid function were decreased, it follows that a lowered pain threshold would be operative, along with derangements of digestion, mood, and sleep among the almost universal physiological systems subserved by the endocannabinoid system (ECS).” says Dr. Russo in the 2016 article.

The origin of cannabinoid deficiencies is still unknown, although Russo has suggested that they may be due to genetic reasons, disease or injury, and diet and lifestyle. Due to limited research so far on the endocannabinoid system, the validity of Russo’s findings however, are still open for debate.

Thus, Dr. Russo is currently working to conduct more studies to investigate the system further- especially looking at its relationship with the gut’s microbiome.

“The vast majority of physicians just have no background in the ECS,” he said. “Despite it being discovered almost 30 years ago, there’s been very little uptake of it in med school curricula—it’s just not being taught, and whether that’s an unfortunate association with the word ‘cannabis’ is unclear. But clearly we have a knowledge deficit in regard to it, and until we rectify that we won’t have the ability to treat our patients more effectively.” stated Russo. 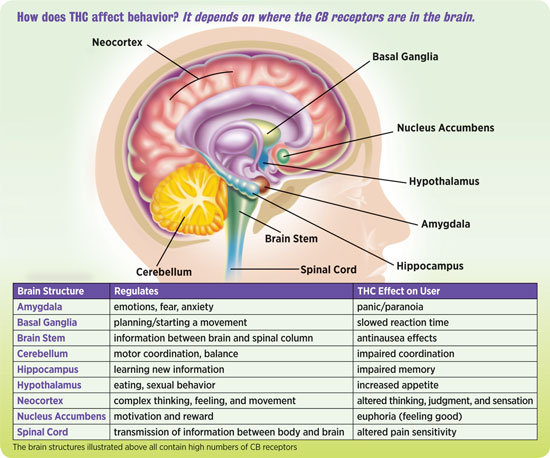 Similarly, Dr. Robert Melamede, former Biology Department chair and current Professor at the University of Colorado – Colorado Springs, holds the belief that endocannabinoids can inhibit the aging process. Furthermore, he speculates that cannabinoids are essential nutrients with the ability to minimize age-related illnesses like cancer and cardiovascular disease.

Dr. Melamede explains that his experience investigating the biology of radiation therapy and DNA repair, in addition to his personal cannabis use, gave him a unique perspective on the plant. It is becoming increasingly accepted that free radicals are responsible for aging and age-related illness. Specifically, they have been tied to cardiovascular disease, autoimmune disorders, cancer, age-related cognitive dysfunction, and skeletal diseases like osteoporosis.

According to Dr. Melamede, age-related illnesses are simply the result of inflammation-induced free radicals. As he explains in the Americans for Safe Access (ASA) testimonial, inflammatory conditions accumulate over time until “the weakest link” breaks. Of course, that link varies from person to person, which would explain why a cannabinoid deficiency may present itself in a variety of ways.

Supplementing the body’s cannabinoid supply could be of equal benefit for each deficiency-related condition. Essential fatty acids like Omega-3 have received a great deal of media attention in recent years for their cardiovascular benefits. However, Dr. Melamede points out that they directly affect the endocannabinoid system, a fact that few people are aware of.

Of course, one’s diet will have a limited effect on endocannabinoid production, which is why Dr. Melamede believes cannabis should be used as a supplement. He explains that the extended life expectancy of humans, compared to historical averages, has landed age-related illness among the most common causes of death today.

“Nobody dies from getting old,” he explained. “People die from age-related illnesses.”

As Dr. Melamede recalled during his American’s for Safe Access testimonial, a similar situation occurred before antibiotics were invented when infectious disease was responsible for a number of deaths. Needless to say, people with access to adequate healthcare no longer die from infectious disease. Accordingly, he feels that we must adapt as humans to counter the detriments of unnecessary inflammatory action.

Of course, it is unlikely that we could do so quickly enough through evolution, but Dr. Melamede believes cannabis is a “miracle drug” that could help the body achieve homeostasis. Further, he sees cannabis as an essential nutrient similar to any vitamin. With that in mind, it seems that juicing cannabis and ingesting raw leaves, or infused edibles, could be beneficial preventive measures against age-related disease.

The implications, if proven, are significant, but more research is needed

While the idea of endocannabinoid deficiency was first considered in 2004, there is still a lack of research into the topic. The characteristics of each condition do seem to suggest an underlying link between migraine, fibromyalgia, and irritable bowel syndrome. Dr Russo’s evidence points to a complication with specific neurotransmitter systems to which the ECS is linked. Since the initial review took place, the theory has widened to include Alzheimer’s and Parkinson’s as two conditions potentially related to CECD.

If CECD were proven, it would enable researchers to develop targeted therapies rather than relying on data from a variety of preclinical studies. While a trend may be emerging, relying on individual reviews presents many issues. Each analysis would have its own unique variables, and this makes pinpointing conclusive outcomes incredibly challenging.

The complexity of the endocannabinoid system, and the hundreds of cannabinoids that exist, make studying CECD a problematic task requiring large-scale focus. For the millions of people living with a chronic disease like IBS or fibromyalgia, a possible treatment using cannabinoids could be part of the solution. But for now, we will have to wait for more definitive results.